In 2018, two Crystal Family New Hope awards were granted to Masiti Mohamed and the Adhikari family, owners of the Everest Market in Essex Junction. The awards were presented at the Bobbin Mill Community Room, 234 So. Champlain Street, Burlington, on November 5 at 5:00 pm.

About The Adhikari Family

Everest Asian Market, LLC is owned by the Adhikari family who came to the United States as refugees in March 2009. The market is primarily run by two brothers, Damber and Prakash, but the whole family is involved. In 1992 the family fled to Nepal from Bhutan where the political situation was worsening. They lived in a refugee camp in eastern Nepal for 17 years before immigrating to the United States. After working for IBM for about three and a half years, Damber felt like he could do more in life, so he went back to college, enrolling in classes in 2016. Meanwhile, his brother’s journey included working at Texas Roadhouse, RiteAid (as a supervisor), and IBM. Last October, when Everest Asian Market went up for sale, Damber says, “I thought, that’s it! I dropped out of college and my brother quit his job and we bought Everest Market to make it the successful business it is today.” They sought financial help from family and friends, and did not take out any loans.

Masiti Mohamed was born in Somalia in a small city called Jilib. In 1992, at the age of six, she fled her homeland with her family. She ended up in a refugee camp in the north eastern province of Kenya where she was raised. She received a basic education and got married there.

In February 2004, at the age of nineteen, she arrived in the U.S., joining the workforce soon after. When she was 22 years old, she resumed her studies, attending Vermont Adult Learning and graduating with a high school diploma in June of 2010. She immediately applied to Burlington College, was accepted, and started in the fall of the following year. In May of 2015, she graduated with honors from Burlington College with a Bachelors in Human Services, International Relations and Diplomacy, and she was the graduation speaker for her class.

Masiti will resume her studies in the spring of 2019, working for a Masters in Public Administration in International Affairs. “I have made education my highest priority in life, as I have come to understand that education is the only way to a better life and freedom.” She will use the funds received from the Crystal Family New Hope Award to support her education. 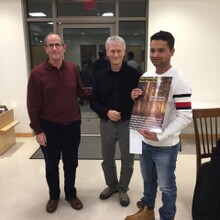 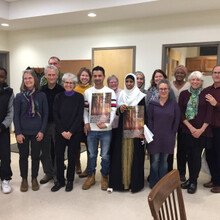 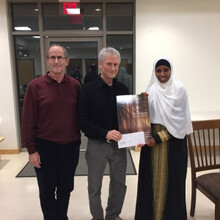